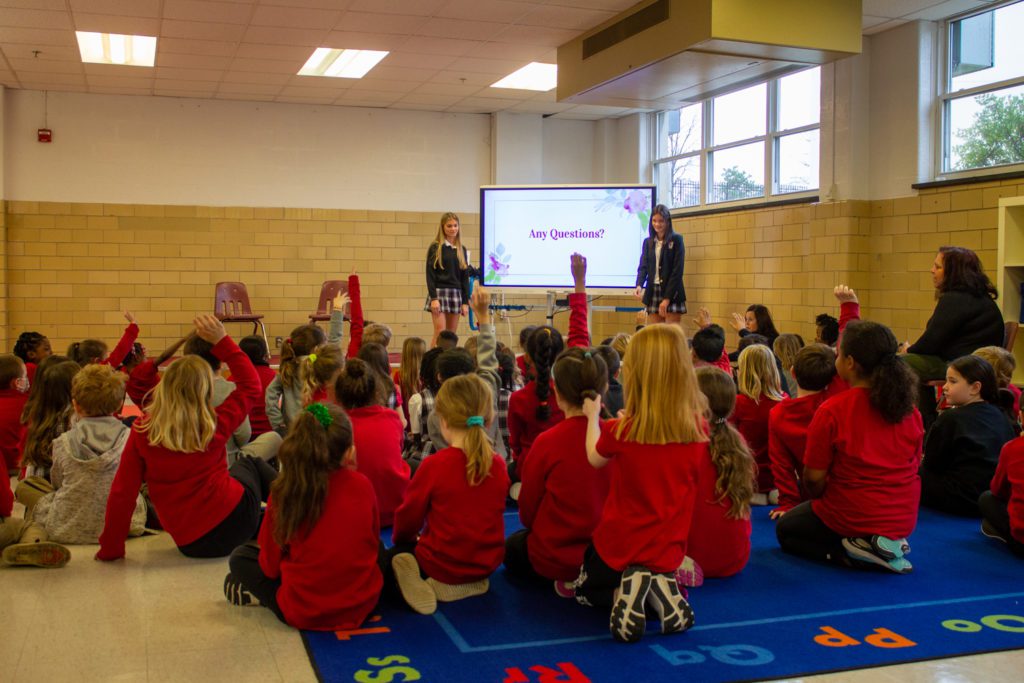 Ursuline Academy students wrapped in red shirts were transported to a rainforest with colorful flowers and vibrant wildlife in Peru on Wednesday, courtesy of twin sisters Ava and Bella Lindia.

The Ursuline elders wrote and illustrated the book in part to honor their elementary school art teacher, Bernadette DeLong, who died in 2020.

The book’s main character, a bright green Lorito Verde common to the southern Amazon, shares the name of their art teacher, Bernadette, who once taught in Peru.

The book was published in January by Creo En Ti Media after the sisters won a national competition in which students submitted bilingual books. It sells on Amazon for $10.

Ava illustrated the book while her sister Bella was the author.

“Our inspiration for the book came from a story our art teacher used to share,” Bella told the dozens of children in the Ursuline audience. “She always told us that she once saved an injured bird and healed it…in the comfort of a sock.”

DeLong used to share a multitude of stories that taught him about art and life, Ava said.

While the book only took a few months to create, the publishing process took about a year.

The twins are not of Hispanic descent and do not speak Spanish fluently, but they learned Spanish and the language of the world during their time at the Ursulines.

With the help of Ursuline Spanish teacher Erin Prada, the girls were able to portray the Peruvian Amazon, the setting of the book, in an accurate and complete way for children to enjoy and understand. .

Peru was chosen as the setting largely because of DeLong’s experience teaching there and the many stories she shared with her students. 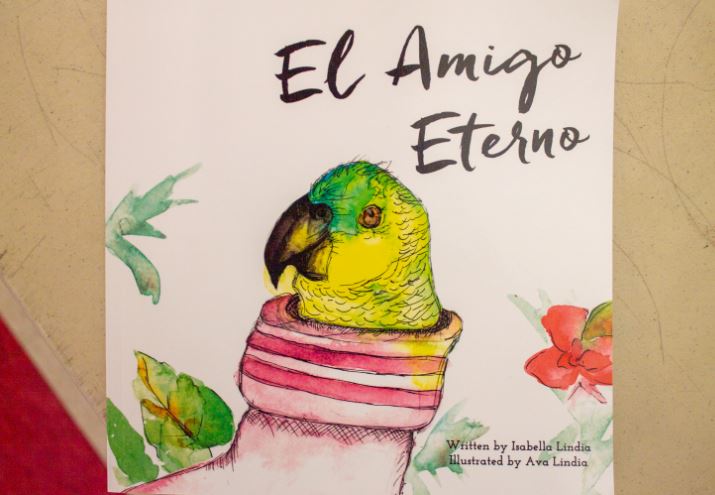 Ava used watercolors for her illustrations to showcase the vibrancy and vibrancy of Peru.

She started with tiny sketches on comic book paper, then sketched larger versions of the images she liked the most, experimenting with different color palettes to achieve the bright and fiery look she wanted.

It was important for Ava and Bella to portray Peru with images that are true to the local way of life and environment, they said.

The girls’ favorite part of creating the book was going through designs and translating the text into a complete, polished copy that both Spanish and English speakers can enjoy.

The sisters are already working on another bilingual children’s book, they said. It’s not yet titled, but it will have themes similar to “El Amigo Eterno” and will take place in a Hispanic country, the two said.

They hope their work will help children develop a caring and loving relationship with nature and the world around them from an early age.

If their Wednesday morning audience was any sign, the kids would be clamoring to get their hands on it.

As the sisters passed around copies of their book, the children scrambled to get a copy and get a closer look at the book and its illustrations.

Raised in Doylestown, Pennsylvania, Jarek earned a BA in Journalism and a BA in Political Science from Temple University in 2021. After running CNN’s Michael Smerconish YouTube channel, Jarek became a reporter for the Bucks County Herald before to join Delaware LIVE News.